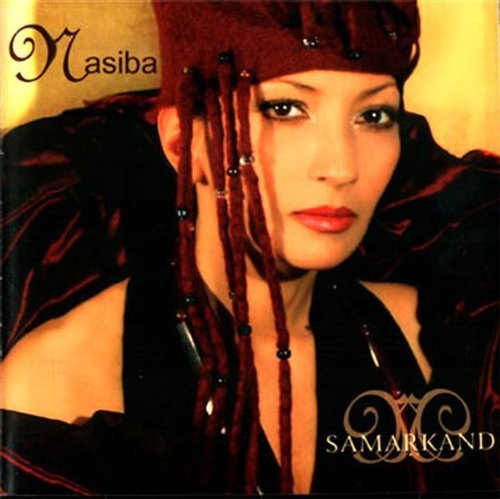 SAMARKAND Â­ there it is still around Â­ the once booming centre of the Silkroad from Peking to Istanbul. NASIBA from SAMARKAND embodies in her music the synthesis of Orient and Oczident.

Nasiba Abdullaeva, born in Samarkand, is a well known Uzbek ethno-pop Artist and was chosen by the Uzbek people as the "People's Artist of Uzbekistan". She started her singing career at a secondary school singing in a choir hobby group. She also attended music school and graduated from the department of accordion. Being a pupil, Nasiba participated in different national contests and always won first places. Nasiba, yet has a higher education - she graduated from the Institute (college) of Culture in Tashkent and was enrolled in the Samarkand Philharmonic Society as a solo singer in 1980. After that she started touring not only Uzbekistan, but also all over Central Asia, with appearances on TV and radio and releases of her audio albums, which were very popular with the Central Asian people.

"p"Nasiba's first foreign tour was in India in 1988 where she was invited by the Indian President. This first tour abroad was a great success and brought her on further tours through Israel, Turkey, Japan and also Germany and the USA.

Blue Flame Records discovered Nasiba during a trip to Uzbekistan. Her songs were recorded and only had to be re-produced. This was done in Tashkent and in Germany from Lenny Mac Dowell and Aziz Khalmuratov, Nasiba's band leader.

"p""Samarkand", the silkroad city of mosques is the name of Nasiba's first CD production. Not all tracks are written by Nasiba; Oleg Fesov (musician, author and producer from Duschanbe, Tadjikistan) composed 3 tracks - "Marav", "Amina" and "Armonia". These 3 tracks are sung by Nasiba in Farsi, the Persian native language. Nasiba is gifted with the abilitiy to sing in many languages: Uzbek, Tadjik, Azerbaijanian, Russian, French, Greek, Farsi, Turkish, Arabic, Hindi and others. She doesn't just compose traditional Uzbek musik, but also writes melodies of common understanding in Tadjikistan, Uzbekistan, Azerbaijan or even Afghanistan.

Her debut album stands for the modern music culture of Central Asia. Even with western influences, she and her musicians keep Uzbek music tradition in firm view. Traditional instruments, such as the Tandur, Doire, Sitar and Tarabuka come in side by side with modern grooves and keyboards. The songs are a mix between celebration and melancholy, between happiness and sorrow and are like a short voyage through the musical culture of Central Asia.

Royalty-Free Stock Photos for as low as $0.20USD/download or free

Icons, clipart, logotypes and more. All scalable and editable without any loss of quality.

Hand drawn or computer generated, we’ve got a great collection of illustrations for all your projects.

Millions of clips up to 4K, growing everyday. Stunning video by talented producers.

Everything sounds better with music. Explore our collection of music and sound effects.

Free image of the week

Download this image for free
Get all the latest info, freebies and a free trial delivered right to your inbox!
Stock Photos by Dreamstime

The right image anytime, anywhere with our mobile app for iOS & Android

Get it on the Apple App Store or Google Play Store

Automatic image classification, object detection, keyword suggestions, smart cropping and more can deliver better results for you and for your users.

Welcome to Dreamstime, worlds' largest community for royalty-free photos and stock photography. Established since 2000, our vast collection of professional stock photos is enriched daily with photos from talented contributors from all over the world.

Whatever image you need, we have you more than covered with millions of photos, illustrations and vectors, spanning a wide array of categories and themes, at prices that anyone - from large corporations to various magazines and blogs - can easily afford.

Do you have a project that calls for more than stock photos and images? Well, we haven’t forgotten about you! In addition to our deep well of royalty-free image assets, we also offer thousands of high-quality, professionally produced audio clips, royalty-free music and video clips. Like our database of images, our database of stock video footages and audio files continue to grow, with hundreds of new additions uploaded daily!