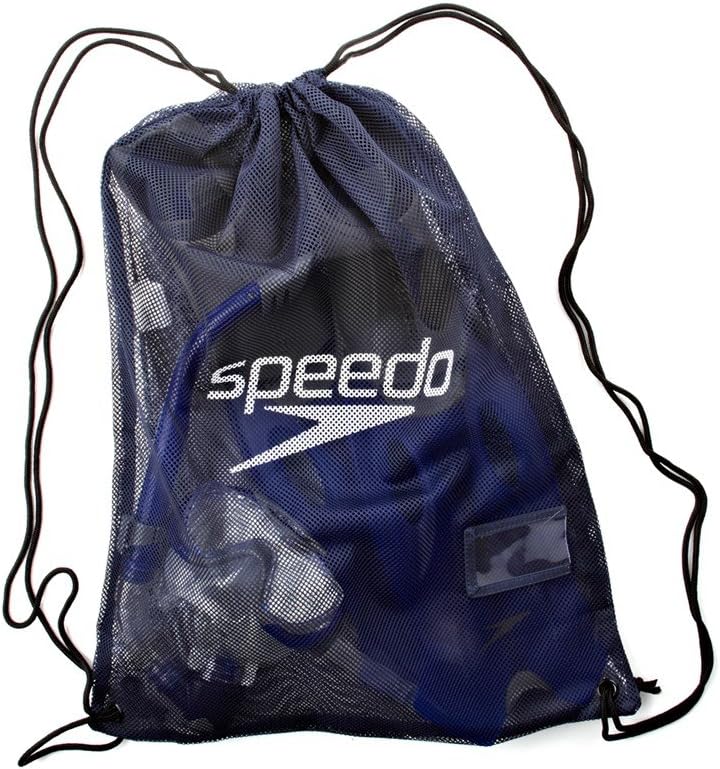 Carry all your swimming kit to the pool in style with this practical mesh swim bag, which comes in several bright colours. The large capacity can easily cope with training aids and the mesh fabric allows for drainage and ventilation to make sure your kit dries quickly.