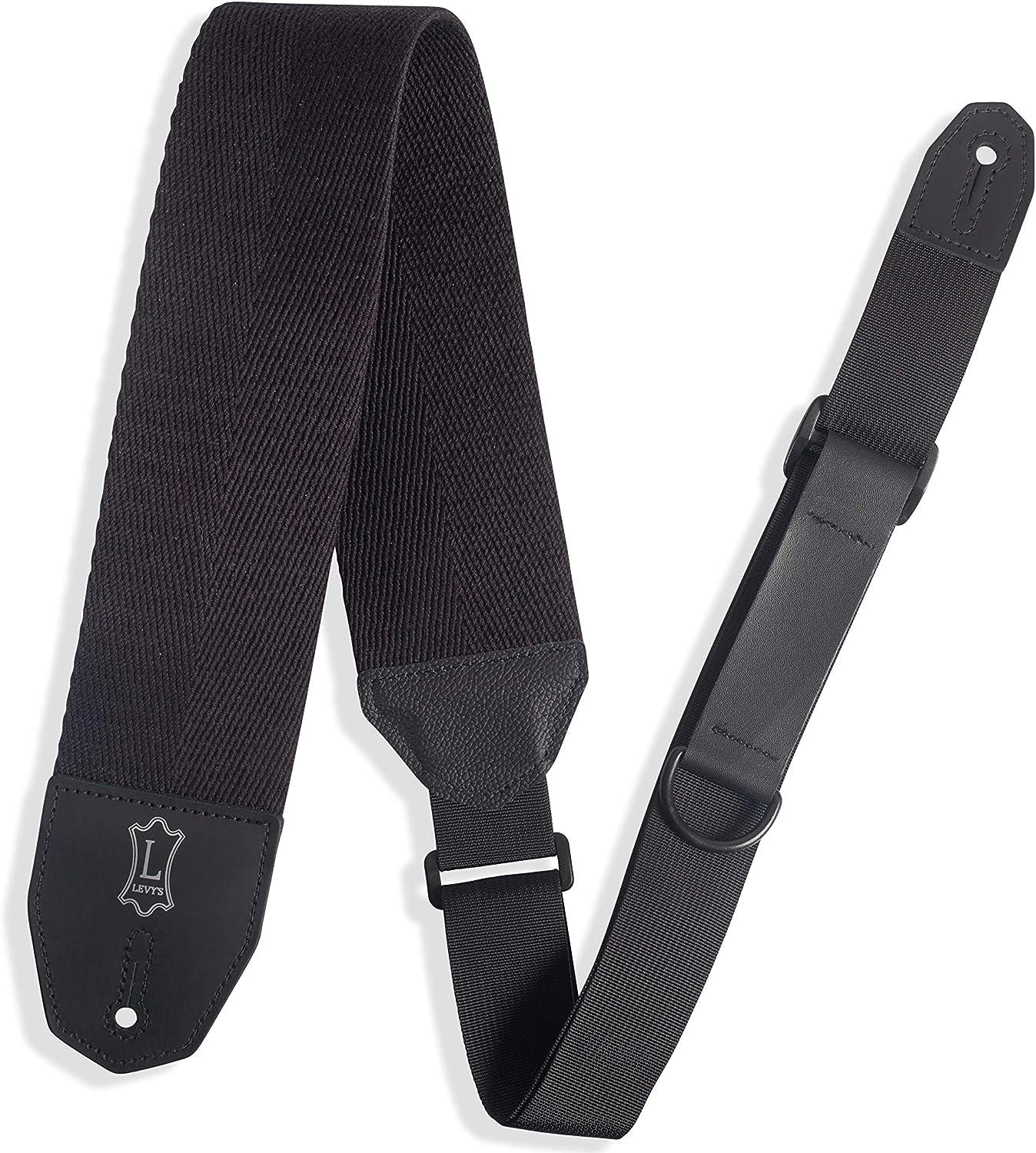 "li" Pull upwards to engage the RipChord Technology and extemd the length of the strap, while pulling downard will shorten the length of the strap "li" One-ply cotton strap in black with top grain leather ends "li" Adjustable from 43" to 57" for a wide range of play styles "li" Handcrafted in Nova Scotia, Canada

The Levy's Leathers Right Height Series 3" black guitar strap provides excellent comfort and durability without any additional bulkiness. Crafted in Canada, each strap easily adjusts from 44" to 57" in length for the perfect playing height and wrist position. The Right Height strap allows for quick and easy strap adjustment while wearing the guitar using innovative RipChord Technology featuring a pull tab for quick 2-way shortening and lengthening. The padded portion of the strap is split in two allowing for a more even weight distribution and added comfort.