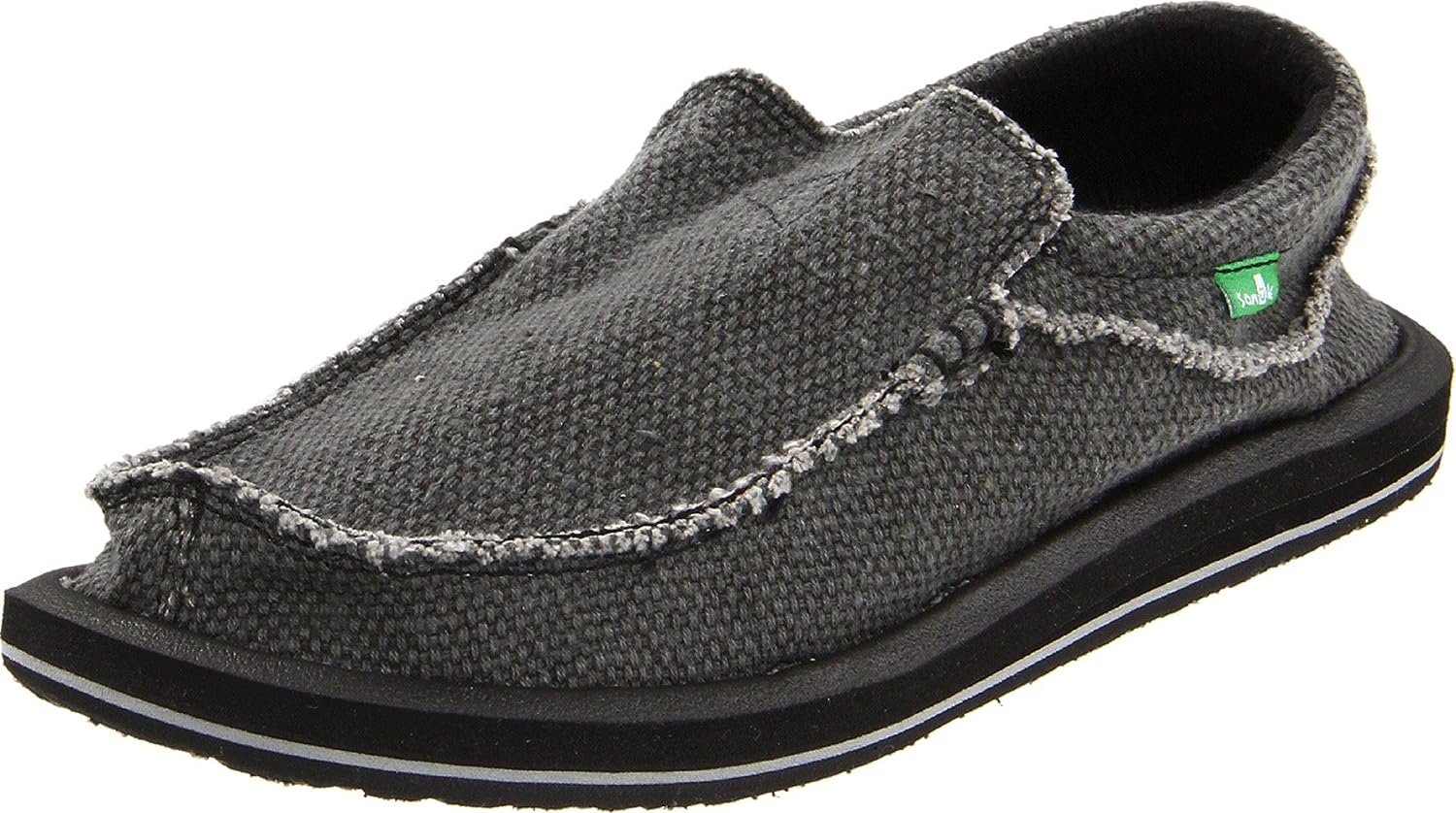 Sanuk Menâs Chiba shoes were designed for easy-going comfort using sustainable materials. Casual and versatile, these canvas slip-ons with frayed edges were made to keep your feet comfy on the journey to your happy place. Comfortable footbeds, machine washable, packable, and vegan.

Sanuk was started by surfers in southern California in the late '90s who were looking for footwear that reflected their lighthearted way of life. Founder Jeff Kelley was disappointed to see little selection in a category of footwear that had become his main shoe staple: the flip flop. Jeff had always been interested in footwear and with a little help from a few friends Sanuk was born. Years later, the Sanuk brand still delivers out of the ordinary, quality product to surf and specialty shops every season and has helped bring the flip-flop category from a summer only item to something worn all year.